After months of waiting, group chats are finally here!
This is the first of a few beta releases (hopefully as few as possible) that introduces groups.

NOTE: All users that wants to chat in groups must upgrade to version 4.0.0!

A lot of bugs were fixed, many things were improved. I want to thank all the people that helped - directly and indirectly - reaching this goal: developers, bug reporters, translators, testers or just curious people that wanted to try it. Thank you!!

If nothing too serious comes out during the beta stage, final stable 4.0.0 will be released somewhere between December 26th and January 8th. Until then, I kindly ask all translators to complete and/or fix their translations, any doubts can be addressed to the Translations category in the forum. And again, thank you for your efforts in keeping Kontalk beautifully translated into 16 languages!

Here are the release notes with a more detailed changelog: 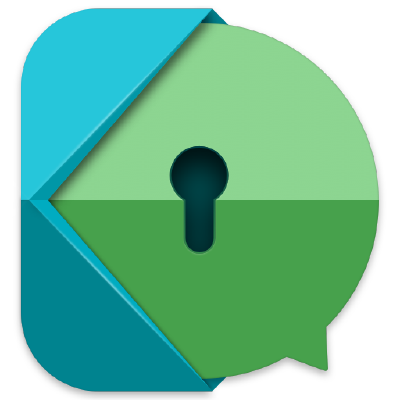 Note to F-Droid users: Kontalk will arrive to F-Droid within 48 hours, this release will be marked as a pre-release so it will not be automatically notified as upgrade - unless enabled in settings.

EDIT for F-Droid users: Kontalk upgrade has been queued as pre-release 2 hours ago!

I recommend the use of the new ? logo with Kontalk 4, that one with the white space lines, it looks IMHO much nicer and friendlier …

Sorry to what logo are you referring?

He thought of this one:

Oh that’s actually the old icon, the new one is “material-colors-inspired”

Oh. But I think that the old icon is better, too. Maybe we should make a poll:

I believe a new topic for this poll under discussion would be better suited and it will have more visibility.

Note to F-Droid users: Kontalk will arrive to F-Droid within 48 hours, this release will be marked as a pre-release so it will not be automatically notified as upgrade - unless enabled in settings.

Yeah, seems they are still having issues. See this comment:

Note to F-Droid users: sorry folks, they didn’t fix the issue yet…

they said it’ll be fixed soon.